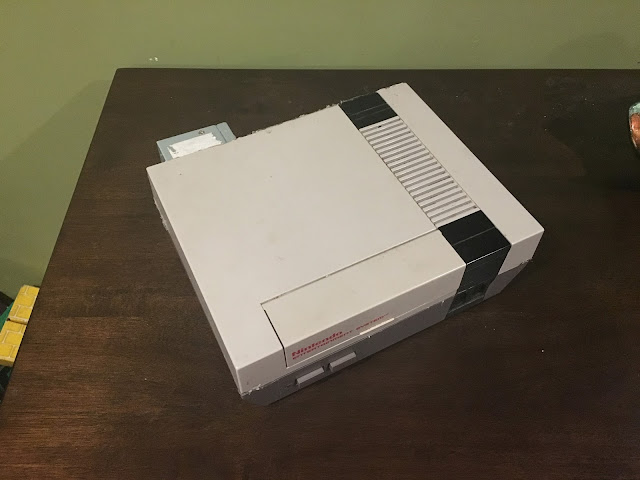 I'm nearly done building my second Gaming PC inside a Nintendo Entertainment System case. I used a hot knife to make all the cuts, and remove all the standoffs inside the case.  I had to use a PCI-E riser to connect the GPU on the bottom left to the motherboard on top of the GPU. The specs are: Zotac GTX 1050 i3 6100 AsRock ITX Wifi motherboard without the antennas(bought used on eBay) 430W SFF PSU More photos and info coming soon.
Post a Comment
Read more 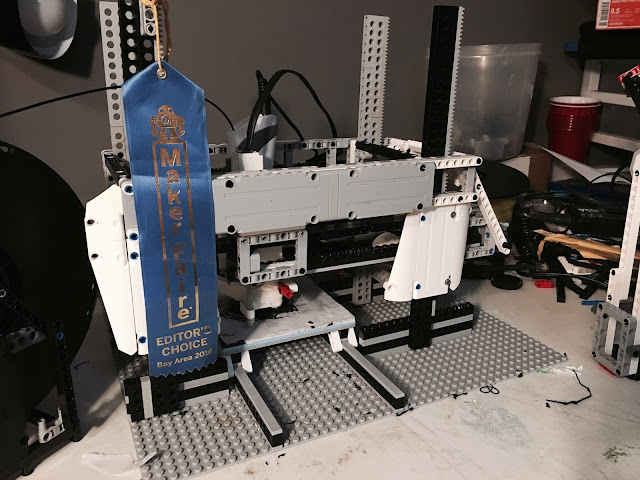 If you've been keeping up with my YouTube channel , you may've seen videos of my LEGO 3D printers. Back in July of 2015, Marc-Andre-Bazergui posted a video  on his YouTube channel, of a 3D printer he made with a 3Doodler. He dubbed the printer, the EV3Doodler, and proceeded to make multiple versions, and post them across Instructables, Facebook, and YouTube. I was one of the many people who followed his project, and one day I looked into how computers convert 3D models into data 3D printers can read. After a bit of research, I discovered that 3D printers use a coordinate system called g-code to print objects. Basically, you first get a 3D model. You can either make your own with a CAD program, or download one. You then "slice" the model, which is when an application slices your model into thin layers, and calculates the path your print head would need to move to make that layer. After slicing, you can generate g-code. Your 3D printer then read the g-code wi
Post a Comment
Read more 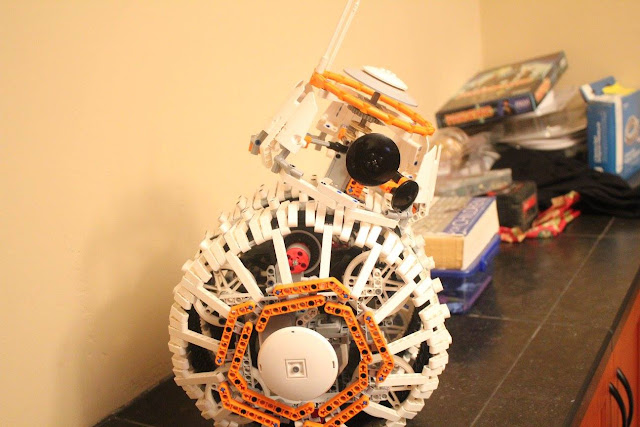 This is a project I've been working on for quite awhile. When I first saw the trailers for Star Wars: The Force Awakens, I was absolutely ecstatic. I've been a Star Wars fan for awhile but I had never been to see a Star Wars movie in a theater. However, with the new movie coming out, I finally had my chance. So, I thought about what I should wear to the premier. I ended up wearing a Kylo Ren t-shirt my aunt bought me. After watching the trailer on YouTube for the umpteeth time, I noticed my eyes seemed to be drawn to the new droid in the Star Wars movie- BB-8. Watching the way he rolled reminded me of a previous robot I built- my WHEEL BIK3. So, I decided to build BB-8 out of 100% LEGO. The robot is still a work in progress. However, I've made enough progress that I feel the robot resembles BB-8 and has an acceptable level of performance to say that the robot will eventually completely work. I decided to use my two NXT's for this project, because I was using my E
Post a Comment
Read more 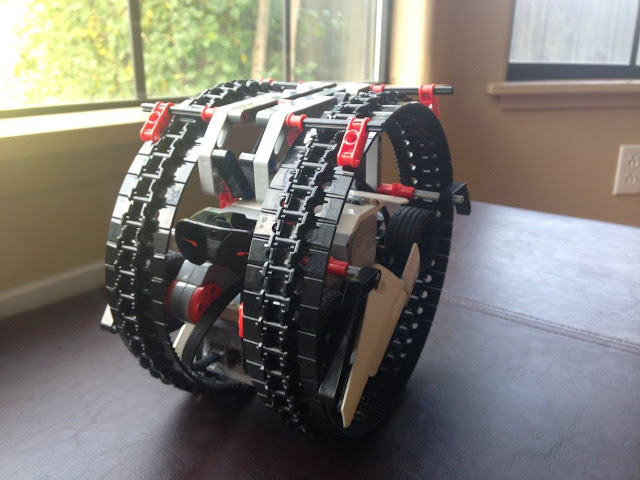 This robot was inspired by General Grievous' wheel bike from Star War episode III. I started by trying to duplicate the design of the wheel bike from Star Wars, but after awhile I stopped caring about how much it looked like Grievous'  wheel bike, and did what I felt made sense and looked cool. The robot uses the default infrared remote program on the EV3 Brick.  So I guess the programming is by LEGO. Below is a YouTube video I made for the WHEEL BIK3. These three photos are of the WHEEL BIK3 without its two primary wheels . The wheels are made of inverse tank treads that are connected to themselves. There are three more wheels on each side, making a total of four wheels. This is the first wheel is connected to a large servo. The second wheel simply keeps tension on the first and fourth wheel. This wheel stops the brick from warping the fourth wheel because the brick drops down and forces the
Post a Comment
Read more 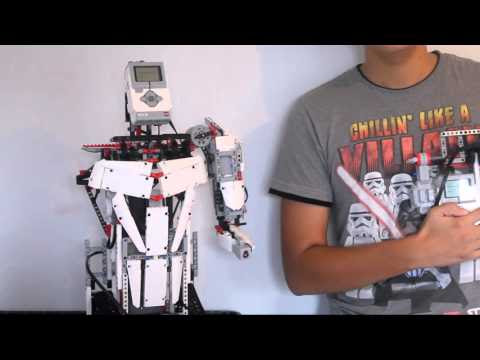 I recently created this exoskeleton with an EV3 for use with  Z3US . I have a YouTube video  accessible above which explains the EXOSKEL3TON pretty well.
Post a Comment
Read more

I just posted this video to my  YouTube channel  which has more details on Z3US.   Here are some more specifications: With the arm at resting position, Z3US is 65 studs high X 39 studs wide, and has, 2 EV3 bricks, 2 NXT bricks, 4 large EV3 motors, 1 medium EV3 motor, and 5 NXT motors.
Post a Comment
Read more 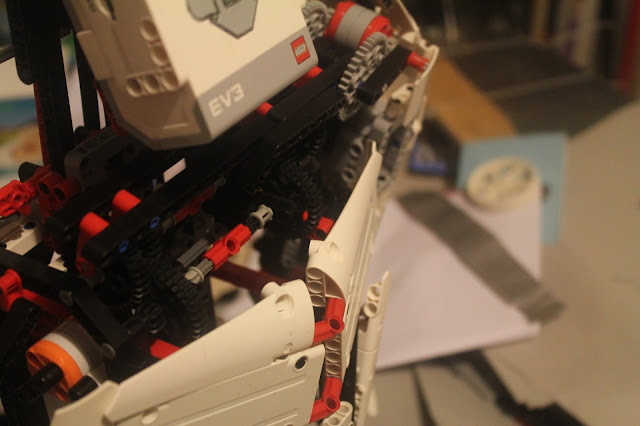 I recently completed Z3US after about year of building and programming! Z3US is a humanoid robot built with the LEGO MINDSTORMS EV3 and NXT platforms. Z3US can move around via tank treads, controlled by a NXT joystick remote. Also, Z3US can mimic movements of the right arm via EV3 EXOSKEL3TON. Z3US uses a total of 2 NXT'S and 2 EV3'S (Including remotes).       One EV3 is used in the EXOSKEL3TON (Inspired by Daniele Benedettelli's  [ exoskeleton ] and similar to  Arthur Sacek's  [ Shadowing Humanoid ] ). The second EV3 is in Z3US, and mimics the movements of the EXOSKEL3TON.      The NXT'S are used for mobilizing Z3US. One NXT is used for the joystick remote, and the second, for the actual motors that you control with the joystick remote. Both NXT'S use the programs from  philohome.com  .      I would like to thank those in the LEGO MINDSTORMS EV3 Group on  facebook  who helped me out. Also I would like to thank  Bazmarc
Post a Comment
Read more
More posts